Visitors to Nice France can enjoy a tour of the city on an open-air bus.  An audio commentary is provided in a number of languages including French and English.

Tickets for the HoHo bus can be purchases for either one or two days.  Passengers are permitted to hop-on and hop-off as many times as they like during the period of validity. 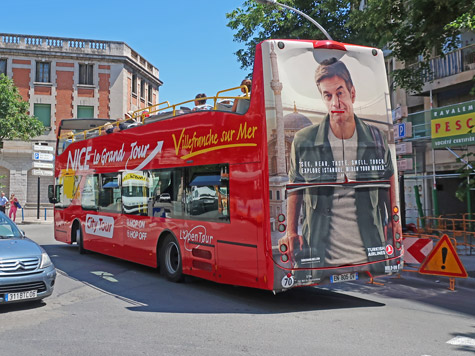 The tour bus stops at a number of locations in Nice France including the Nice cruise port, the SNCF train station, the Chagall Museum and Acropolis.