The Nice Tramway connects downtown Nice (Place Massena) to both the northern and eastern suburbs.

The tramline runs through the centre of Nice France.  It passes the Acropolis Convention Centre and the Palais des Expositions. 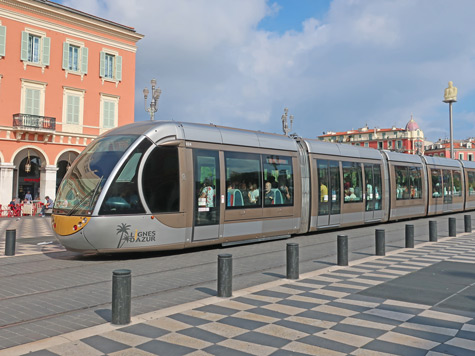 The main stations on the Nice Tramway are as follows:

Tram service will soon be available to the Nice International Airport.